During the flu outbreak in December 2022, drug stores shelves were stripped of cold medicine and doctors offices were full. Sometimes doctors were not taking appointments because symptoms could have been covid. Instead of going to urgent care, Telehealth was a great option, to immediately get access to a doctor online who will determine your care and explore treatment options.

The meeting with the doctor was like a zoom call. The doctor needs to know your symptoms so its important to prepare to tell the doctor what you are experiencing since they cant examine you in person. For example, if you have ear pain and think you might have an ear infection, list your symptoms like pain, clogged ear, and when it started, etc. The doctor will review your symptoms and will give you a prescription, if necessary, sent to your pharmacy, for antibiotics in the case of a possible ear infection.

After you create an account for the telehealth and login, you can set up an appointment and immediately be scheduled to see a doctor online.

It is a great immediate option for certain illnesses that they outline on the site.

Perth Amboy is honoring local active duty service members and veterans by creating beautiful light pole banners with their name and picture. These banners will be displayed in the business district. To nominate someone, you can complete the application on the city website. 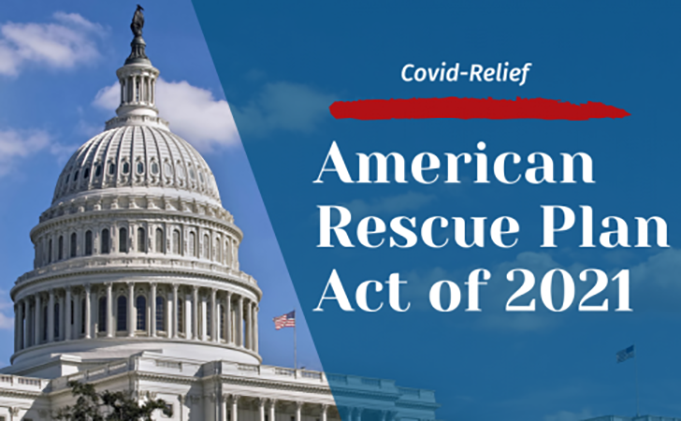 At the January 11, 2023 Perth Amboy City Council meeting, the NAACP Perth Amboy presented their suggestions for the use of Perth Amboy’s allotment of the American Rescue Funds. They read the following statement.

“When the American Rescue Plan Act (ARPA) passed in 2021, White House officials were explicit: the $350 billion promised by the legislation was to be used by state and local governments to ensure sustainable, equitable, and inclusive recovery from the COVID-19 pandemic. For communities of color hit hardest by both the pandemic and decades of socioeconomic inequality, it was a chance to build the kind of basic local infrastructure—schools, jobs, and other resources—that build public safety.

Strategic investments in public safety are both more effective and cost-efficient than punitive ones- reducing the burden we place on police, jails, and courts to address social needs. Data consistently shows that increasing police budgets has no meaningful impact on crime rates. Public safety cannot simply be policed into existence; instead, it must be affirmatively created through investment in communities.

While many progressive communities committed to antiracism are investing ARPA funds to community services that PREVENT crime and make us safer, too many cities are instead actually DOUBLING-DOWN on their already-bloated police budgets. It is profoundly dispiriting that the largest civil rights movement in U.S. history is producing a policy response AGAINST its demands- oftentimes even at the urging of supposedly “Democratic” politicians like here in Perth Amboy. Tonight the city is poised to make the grave mistake of using over 2 million dollars in what’s supposed to be pandemic relief funds to instead purchase even MORE police surveillance equipment.

Civil rights organizations across the nation are demanding that cities invest as much ARPA money in community-based support systems that prevent crime upstream as it does in policing. “Policing and prosecution come onto the scene after crime and harm have already occurred. We simply want cities to meaningfully and robustly invest in services that prevent crime and keep residents safe,” said Sarah Omojola, an associate director of the Vera Institute of Justice. “Unless we start investing at least the same amount into community services as we do into punitive responses, we will never be safe or escape this cycle of overpolicing and mass incarceration.”

The Perth Amboy Area Branch NAACP is requesting that these ARPA funds be strategically invested to alleviate the failures Chief Ferguson identified. We recommend directing funds into programs that have a track record of success in areas proven to have an impact on public safety, including:

6.) Resources for our students, school staff, and school communities;

9.) Library expansion, and creation and maintenance of public spaces;

11.) Universal high-speed broadband for everyone.

These kinds of targeted investments would allow Perth Amboy to increase public safety by addressing the needs of the people. Putting more money into police responses while continuing to neglect community supports will only funnel more people into the criminal legal system without addressing the underlying causes of crime. Perth Amboy has a unique opportunity to curb the racist cycle of overpolicing and mass incarceration—it just needs to spend ARPA funds the right way.

And Samantha Castro, chair of Perth Amboy Citizens Public Advisory Board, has asked that I share these informational packets with you all tonight in hopes that you’ll really take the time to further educate yourselves on this before making such a big decision (which the overwhelming majority of the community seems to be completely unaware of).

She also asked that I share the following statement: “I think it is important to express that surveillance like this opens a can of worms and without the willingness from the council to table this funding so that we may talk regulation and boundaries IF this was funded, it can lead to a lot of lawsuits, a lot of hurt, and a lot of mistrust from the community. It would remove years of progress we have made towards community policing especially when the public realizes that this funding was to improve their quality of life, not for the police to receive new gadgets which will inevitably alienate and discourage a majority of residents.”

At the Monday January 9, 2023 Perth Amboy City Council Caucus Meeting, the Caba Administration proposed the $2 million purchase of police technology including surveillance cameras city wide and license plate scanners on all police and other city vehicles, among other items. The Perth Amboy branch of the NAACP attended the meeting and spoke and said that the proposal was unexpected and asked the City Council to table the resolution to purchase the equipment so they could have more time to gather information about the purchase and ask questions. Councilman BJ Torres moved to table the purchase and there was no second from the other council members. The NAACP said they thought the proposal had already been rejected last year and citizens had spoke in opposition of technology and in favor of investments in community policing. The NAACP said they oppose use of facial recognition technology because of its negative impact on people of color especially for mistaken identity. Councilman Torres asked if it could be included in the proposal that the Police will not purchase facial recognition technology. Police Chief Cattano said that this purchase was not for facial recognition technology and any future purchases would have to go before the city council. The proposal is set to be voted on Wednesday Jan 11. The funds to be used are the American Rescue Funds.

Questions about the police technology purchase have been asked with the following response from the Police Dept.